After Liff, by John Lloyd and Jon Canter (Faber and Faber, RRP $29): 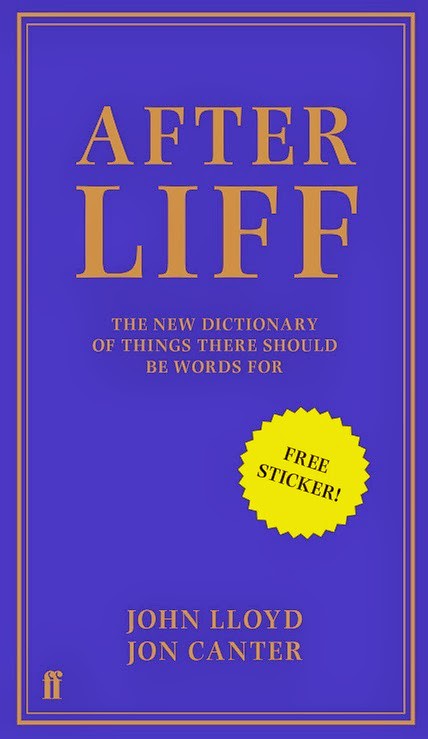 Subtitled “the new dictionary of things there should be words for”, this little hard-covered gem picks up where The Meaning of Liff  left off back in 1983.

That original book was written by John Lloyd and the late Douglas Adams of The Hitchhiker’s Guide to the Galaxy fame.

Adams died in 2001 and while his humour and clever wordplay had a big role in the success of that first book, Lloyd certainly has the chops to stand up to the scrutiny of the fans, with his work as producer of the likes of To the Manor Born, Not the Nine O’Clock News, Blackadder, Spitting Image and (my personal favourite) QI.

Add to the mix Jon Canter – a man who has written stand-up comedy for Lenny Henry, worked as a journalist and been a script editor for Fry and Laurie, and you have a pretty good combination.

For the uninitiated, a “liff” is a familiar object or experience that English has no word for. This book rectifies that dreadfully sad situation by recycling names found on signposts.

Sorrento: Noun. The thing that oges round and round as a YouTube video loads.

Evercreech: Noun. The sensation of toenails on nylon sheets.

This is cute and quirky and will appeal to the Uxbridge fan.

And as an added bonus it comes with a free sticker on the front cover, that says “free sticker”.

What more could you want?