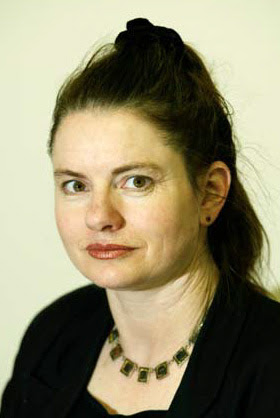 Hachette New Zealand has announced it will publish the second installment in Helen Lowe’s “The Wall of the Night” historical fantasy series.

The Gathering of the Lost will be published in April and follows the award-winning The Heir of the Night, which took out the Sir Julius Vogel Award for best novel in 2011.

The author is currently the Ursula Bethell Writer in Residence at the University of Canterbury and reviews books and interviews writers for Women on Air, Plains 96.9 FM, in Christchurch. Her books have been published in English in the United States, United Kingdom, Australia and her in New Zealand, while translated versions have been published in France and the Netherlands.

The publisher says of the latest book:

Tarathan of Ar and Jehane Mor ride into the great city of Ij in time for its grand Festival of Masks. But soon after their arrival they witness a terrible slaughter as their fellow heralds are targeted and assassinated. They must flee for their lives across the city when they discover Swarm agents at work as they attempt to destabilise the entire River Cities network for
their own ends.

And five years after her great flight from the Derai Wall, Malian remains hidden to those who seek her. But she has not been idle. Her goal is to muster all Derai magic users who have fled into exile rather than face destruction. Only by uniting against the Swarm menace can they hold their own against the dark tide. She has hunted down every rumour of their presence and has developed her own powers that the Swarm must learn to respect – and to fear. For Malian won’t see her people fall to a dark tide of twisted magic, as demonic forces subvert a way of life.